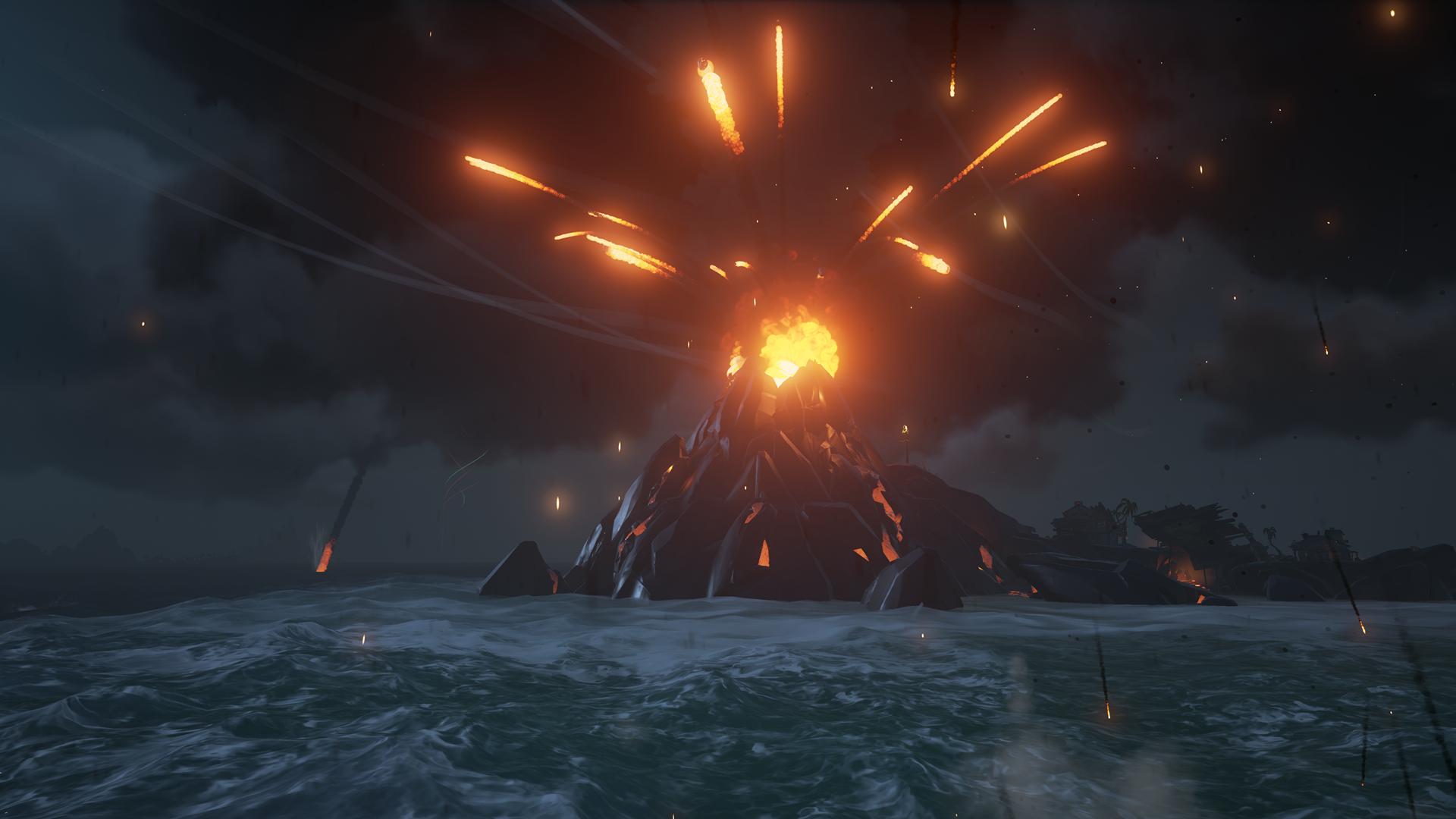 Thought by many to be an extinct volcano but is actually dormant, erupting on rare occasions.

The name, Grace’s Folly, refers to Captain Grace Morrow who took up residence on this island after her Forsaken Shores Alliance was disbanded. She may have found a safe haven but it could be engulfed in molten fury at any moment.

The name for the volcano that rests on the north side of the Outpost.