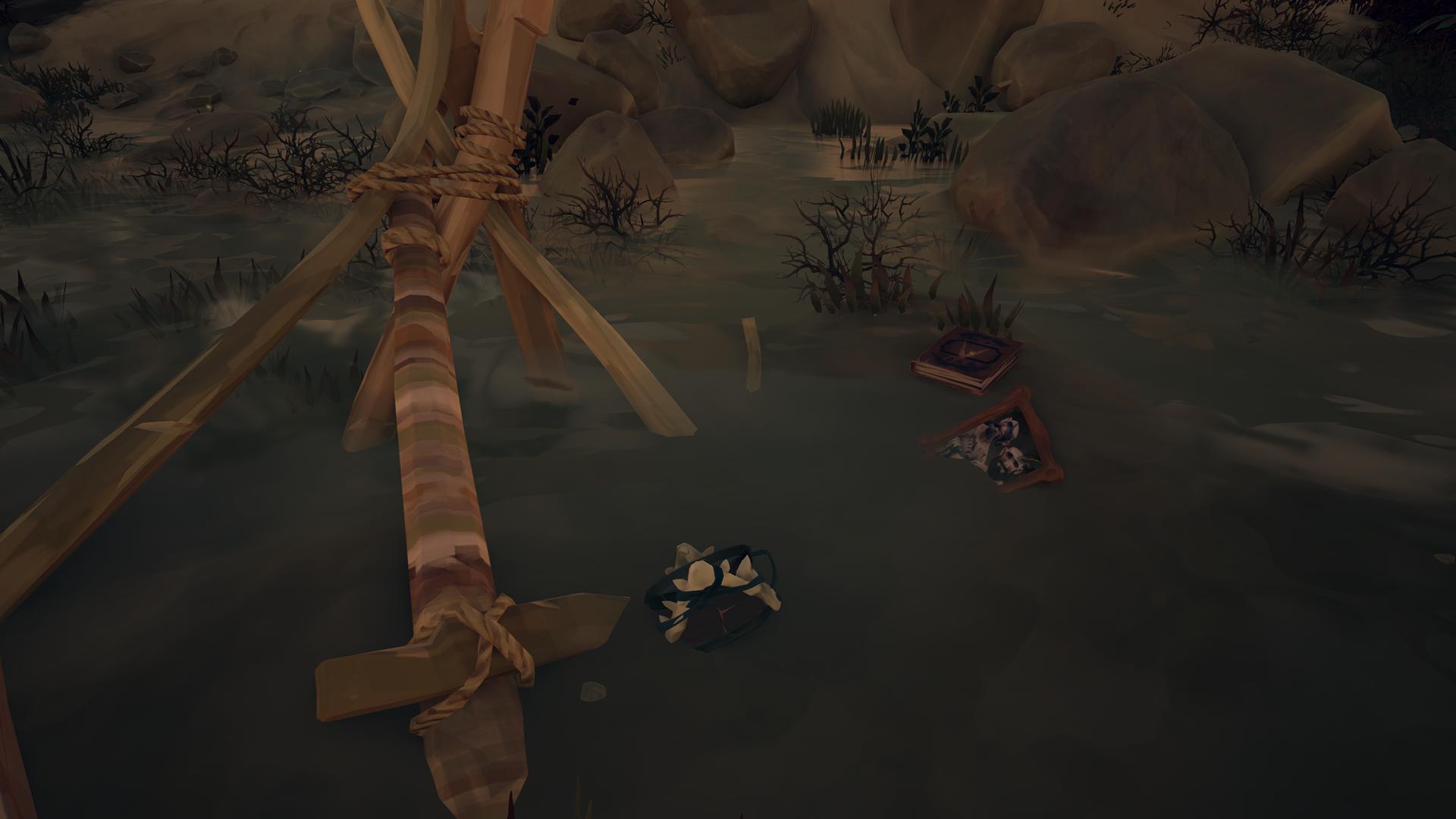 Merrick has left behind a journal… Before I retire, I wanted to write one last shanty, inspired by some words I heard being bellowed from me speaking trumpets. This one definitely won't summon any man-eating sea monsters. In fact, I promise to never cause so much trouble again: We're no strangers, to this cove… You know the pirate code and so do I! A pile of treasure's what I'm thinking of… You wouldn't get this from any other pi…rate! Never gonna brig you up, Never gonna let you down, Never gonna sail around, And maroon you! Never gonna steal your eye, Never gonna not say 'aye'! Never gonna sell your booty, For a doubloon! …it's a work in progress. I think I'll let me fellow pirates fill in the gaps. My son Derrick seems to think it's hilarious. He suggested the title 'Merrick Rolled'. I don't get it.

The Reaper's Hideout
Reduced Visibility
Sea of Thieves
I12