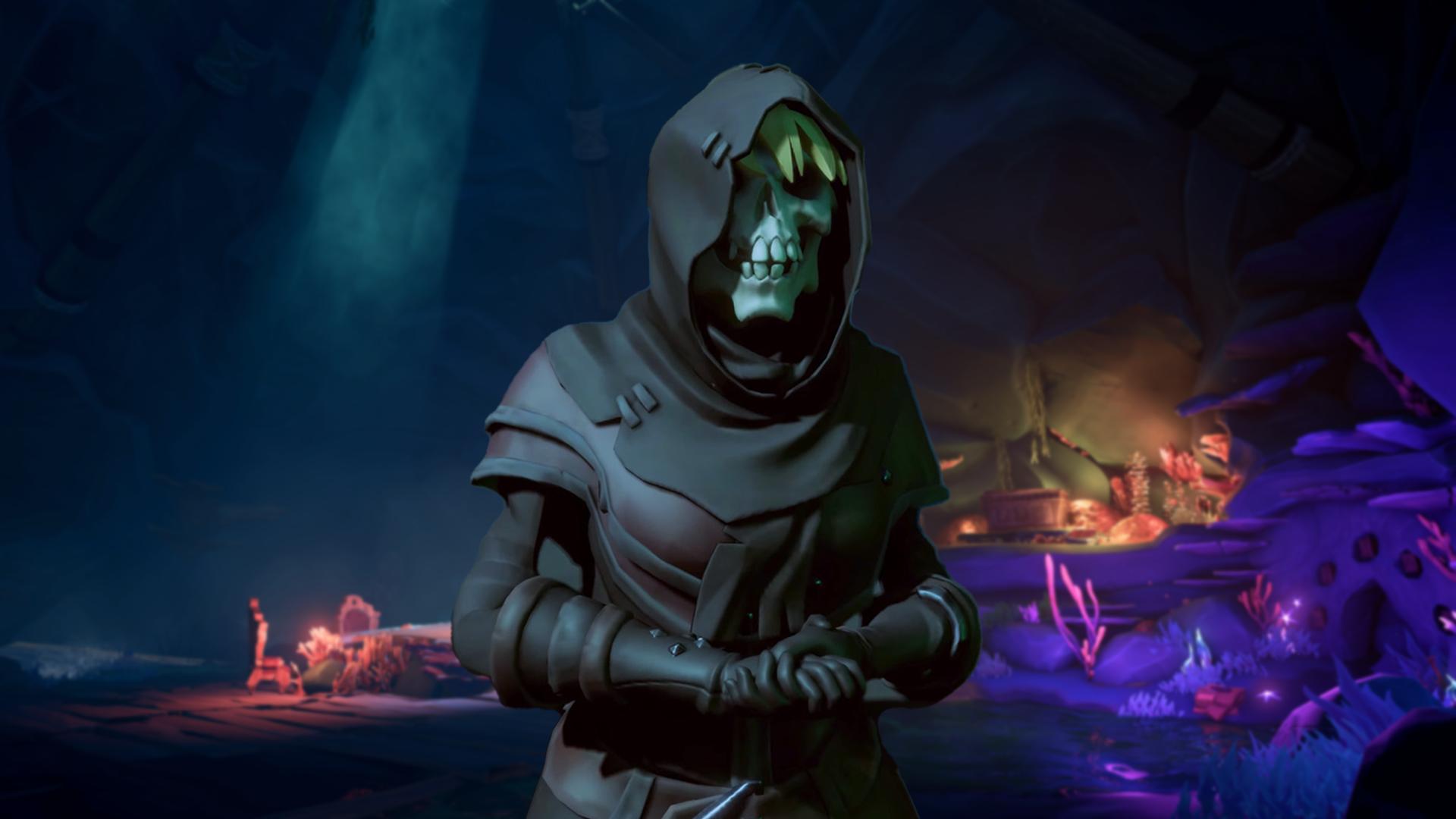 Once a Weaponsmith on Golden Sands Outpost, Wanda sought new ways to create the best and finest weapons leading her to salvage a cursed cannon that belonged to the Burning Blade.

Her obsession with developing new weapons, and the effects from the cannon, led her to becoming afflicted with the Skeleton Curse.

She declared war on the Outposts when they would not allow her to sell Cursed Cannonballs, raising a fleet of Skeleton Ships in her service. Following a three week campaign, she was defeated.

She re-emerged as the Masked Stranger, a quiet companion to Stitcher Jim, to whom he claims he owes his life. During this time she manipulated pirates in helping her to create the Reaper's Bones Trading Company.

After confessing her love to Flameheart and receiving only derision from him, she turned her back to him and the Pirate's Life, joining with a group calling themselves the Dark Brethren.

Following Davy Jones' defeat, Wanda took to the shadows of the Sea of the Damned, planning the groups next moves.

She was almost drawn out of hiding when Captain Flameheart Sr took her sister, Wonda, captive in one of his Sea Forts. The Masked Assailant was able to keep her from exposing themselves.

Recently her plans have involved creating a Staff with the power to move freely between the Sea of Thieves and the Sea of the Damned, and attempting to extract information from Merrick.