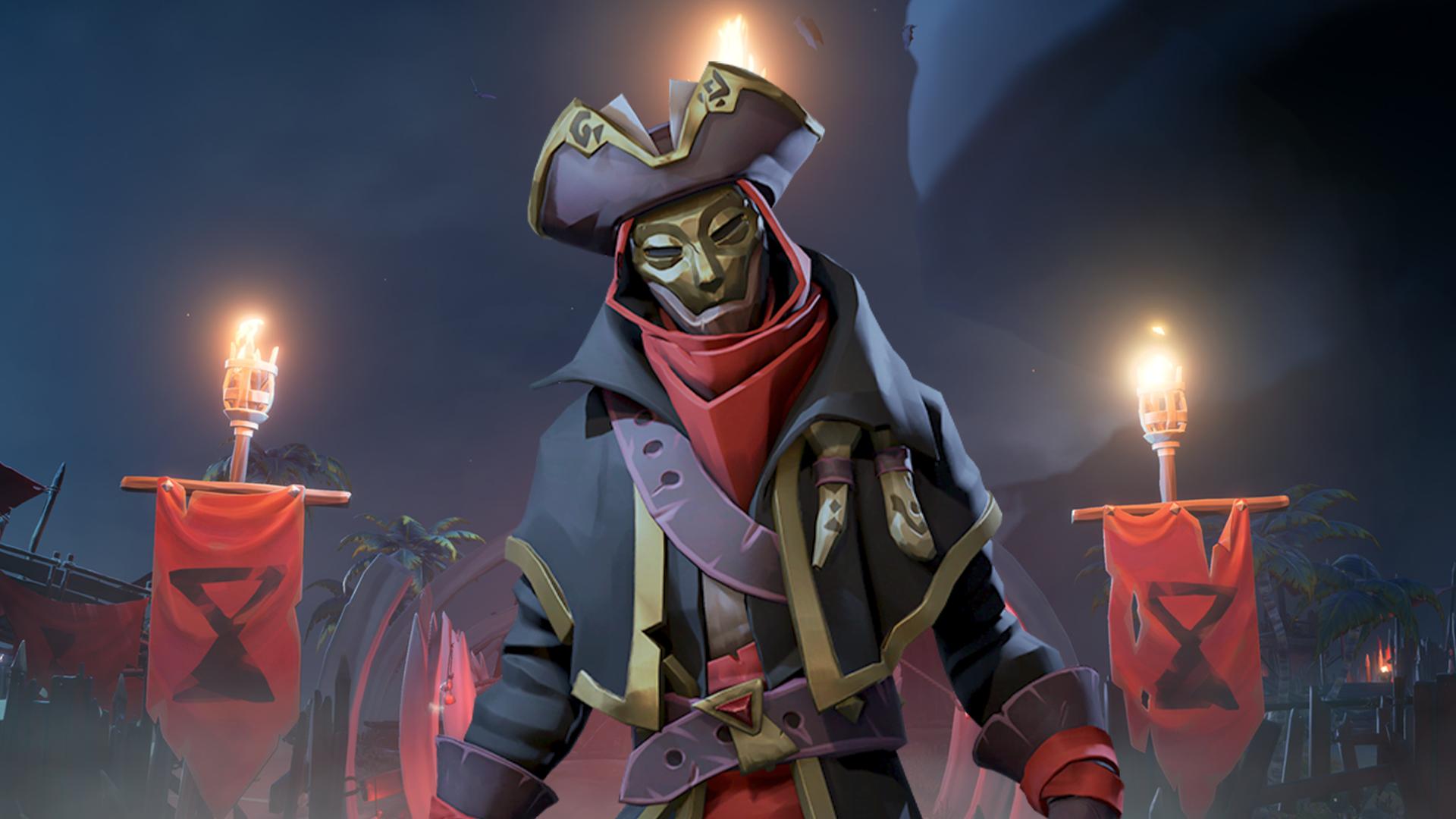 A figure cloaked in mystery, The Servant of the Flame acts as the hand-in point for all Reaper's Bones business as well as being their only known representative. Much of the Reaper's Bones designs also seem to be based on their image, for example the Reaper's Bones figurehead and the prominent statue on the island.

It is highly speculated that underneath that golden mask is a skeleton.

The Reaper's Hideout
Reduced Visibility
Sea of Thieves
I12
Credits