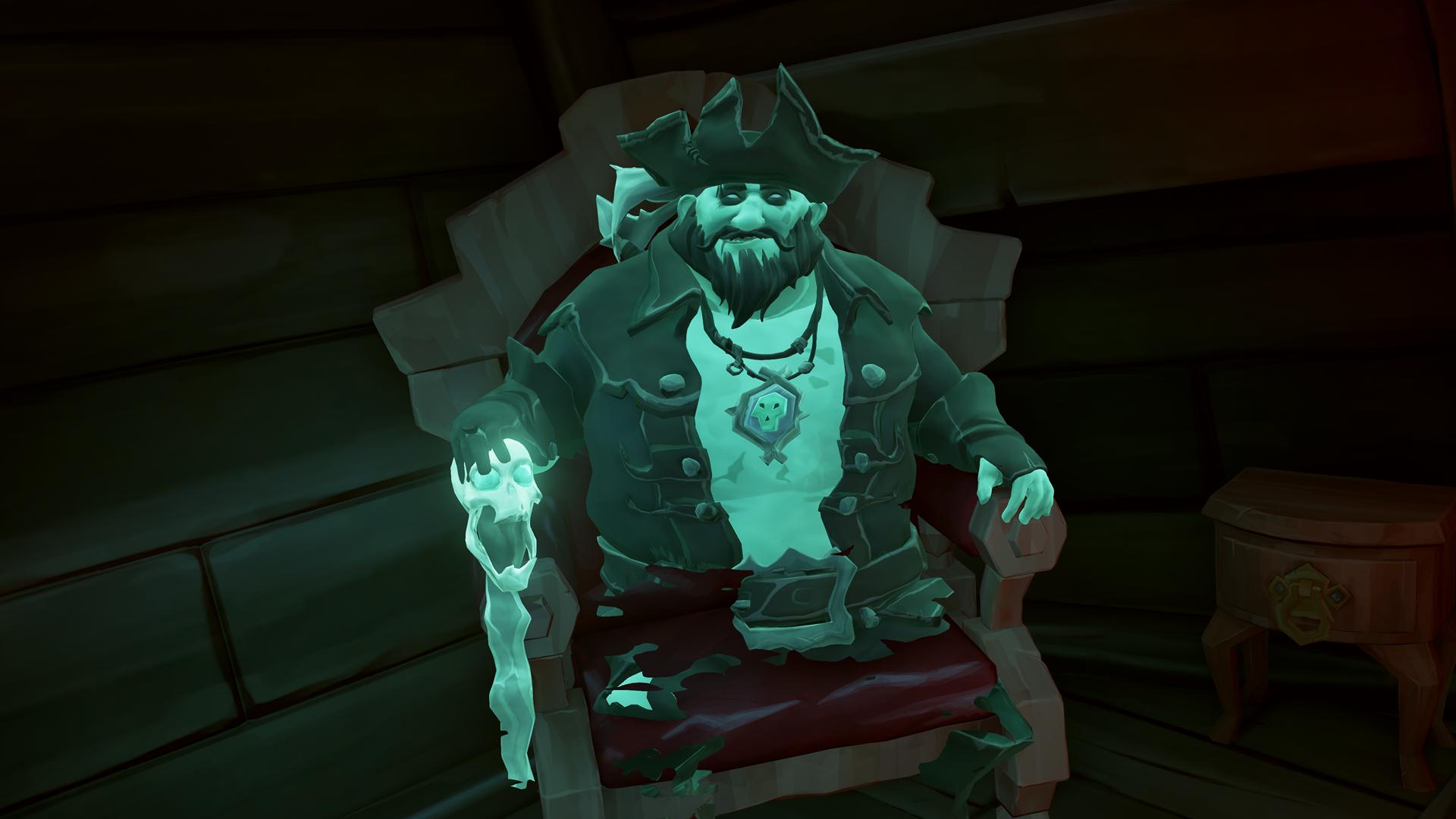 The auspicious figure who discovered safe passage through the Devil's Shroud and thus allowed many pirates to enter what would become known as the Sea of Thieves.

During his time as a pirate he became renowned for his notorious deeds and actions earning him the title of Pirate Lord.

He eventually retired and set up Athena's Fortune, named in honour of his wife Athena, a place for legendary pirates to come, have a grog and share their stories.