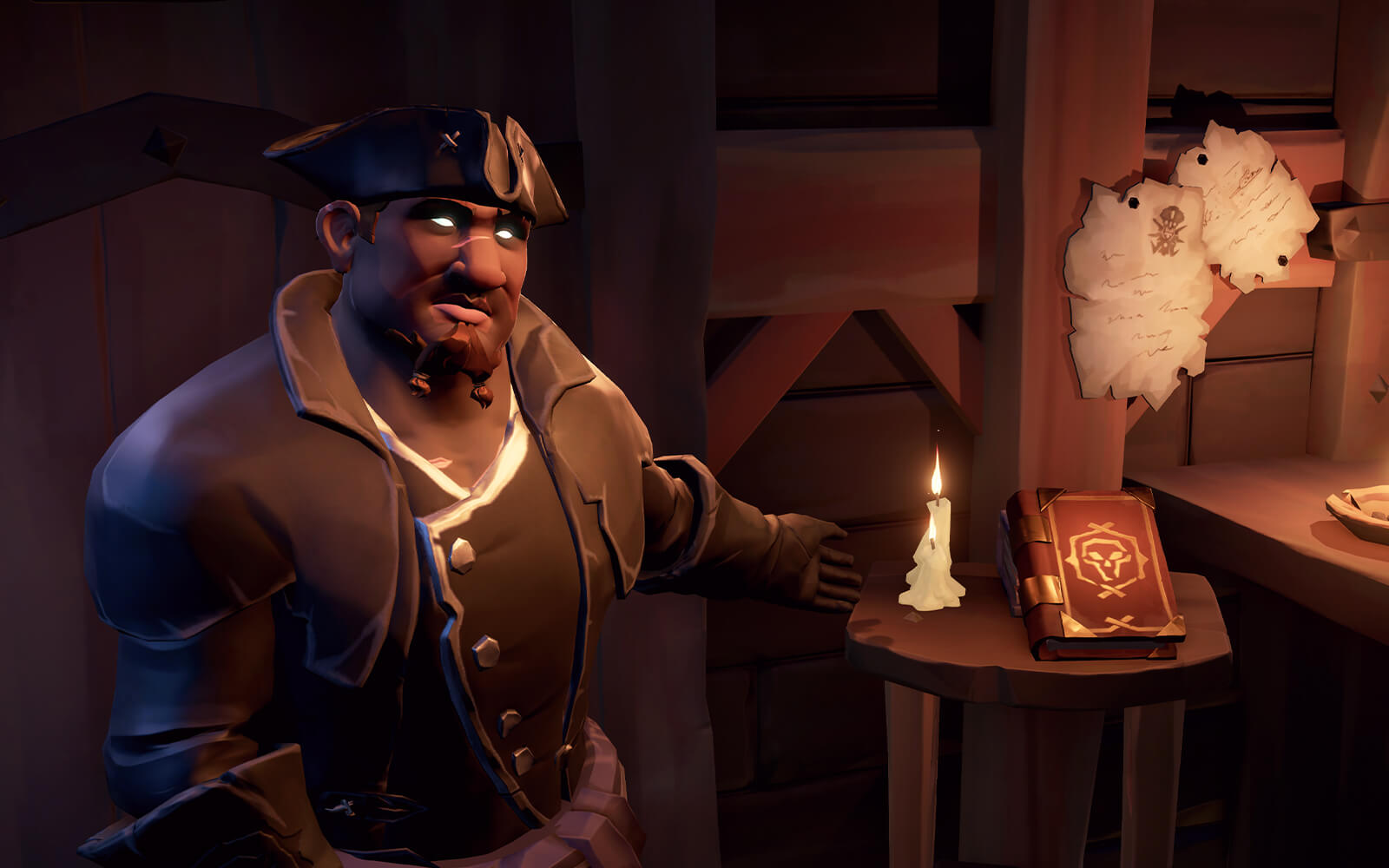 The Mysterious Stranger is the character who acts as the representative of Athena's Fortune Trading Company. It is him you speak to earn the Pirate Legend Clothes, Shanty, and Title. Any loot relating to Athena's Fortune is also handed to him.

Traits: He is possibly a revenant, due to his glowing eyes.

Fun Facts: During the first year of Sea of Thieves he was known as 'George' and spoke in rhyming couplets.