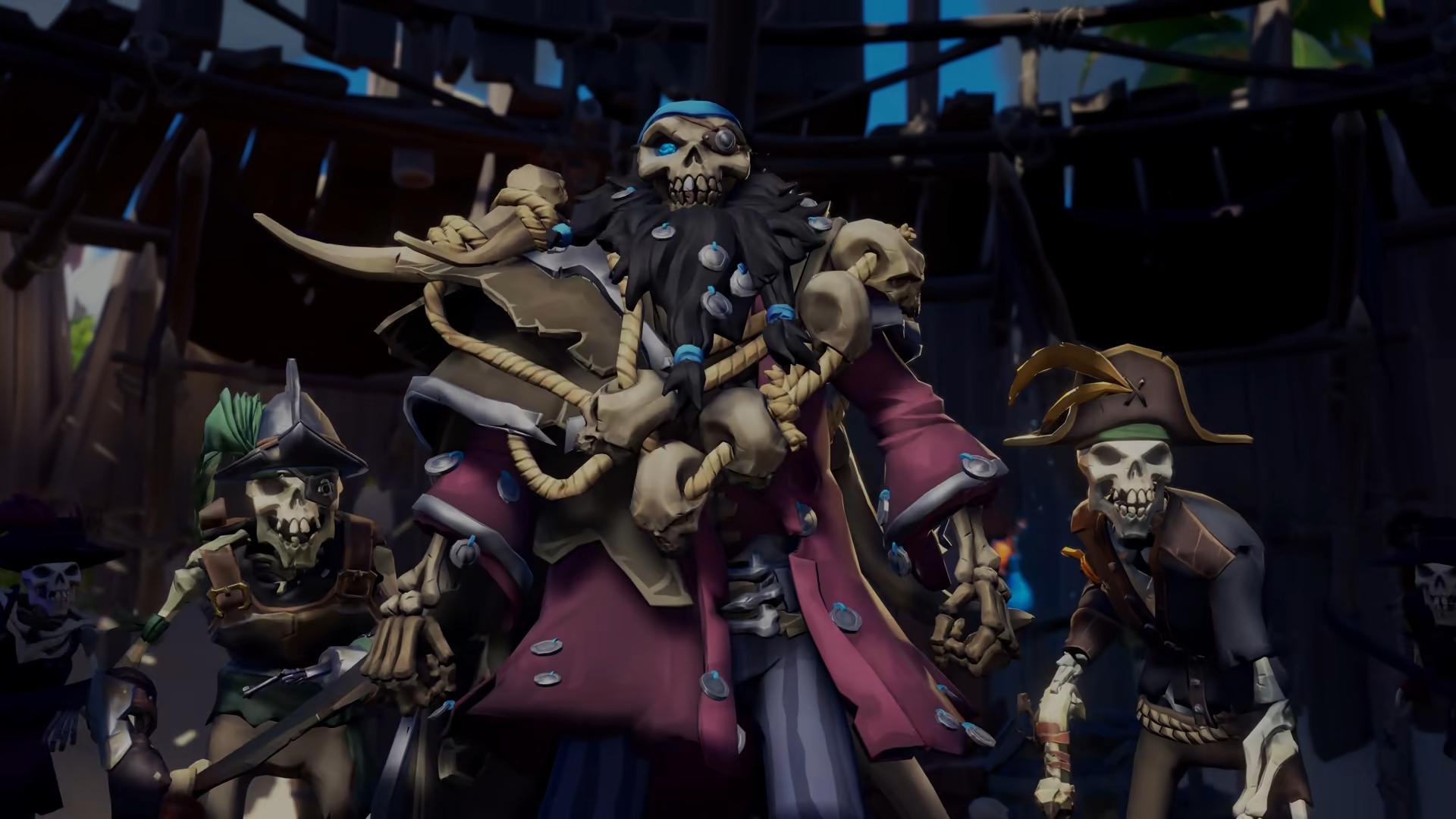 Captain Gideon Graymarrow is a figure who has been around since the early days of the Sea of Thieves. A cruel man who never allows his crew to leave the ship.

Over time, he became a Skeleton Lord and sought to learn about the magics of the Sea of Thieves, in effect rivalling the knowledge of the Order of Souls. He is credited with the re-use of ancient script as a language for the skeletons.

His favourite method of dealing with his enemies is to perform a binding curse on them, so as to not allow their souls to pass on to the Ferry of the Damned. He learnt this technique from studying Sir Arthur Pendragon's Sword of Souls and subsequently used it to trap the Champion of Souls in a portrait of himself. Later, whilst seeking the Shores of Gold for himself, he chased the crew of the Morningstar and bound them to chests.

For reasons unknown, his ghost appears when nearing the end of the ritual at the Fort of the Damned.