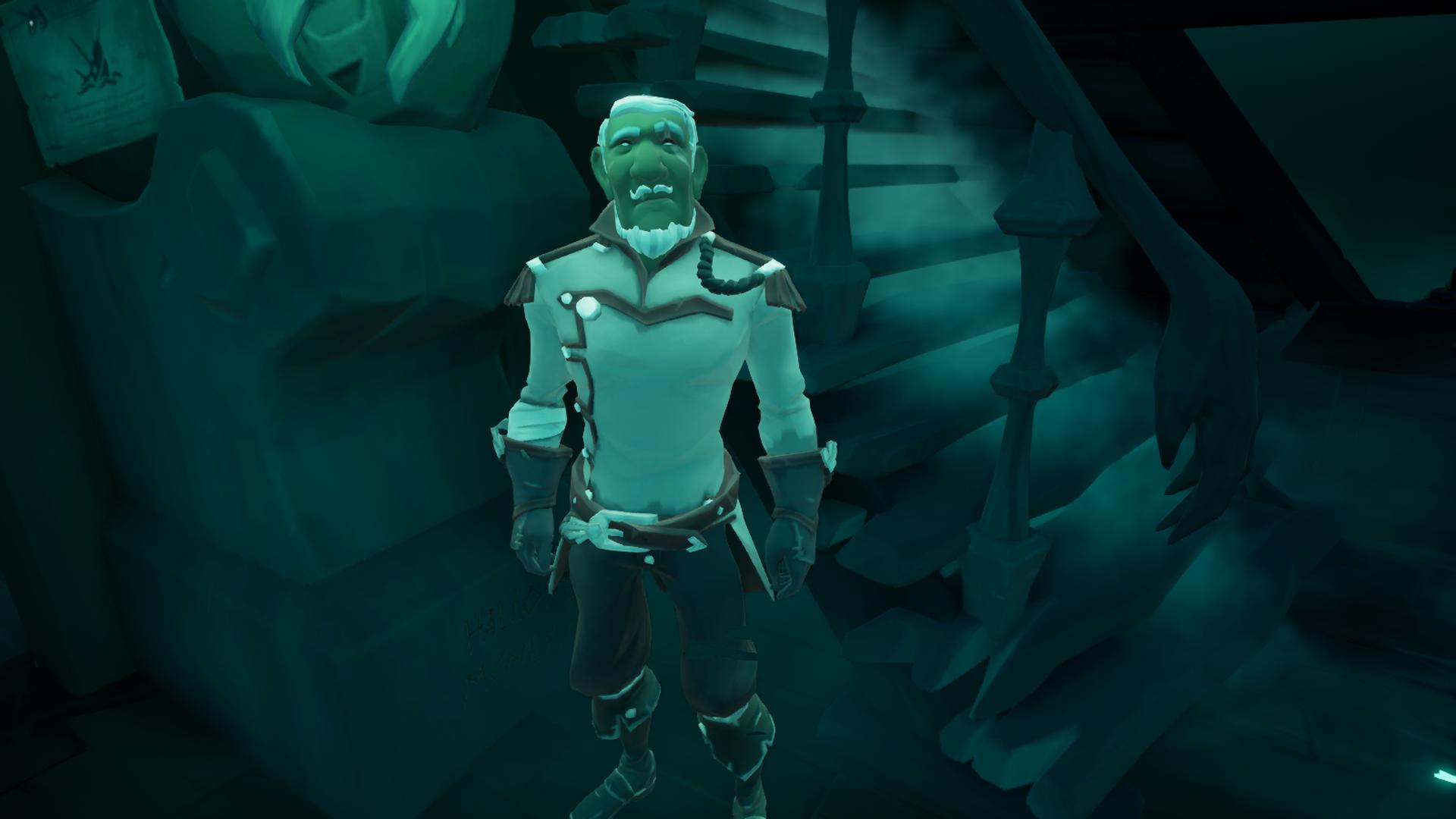 Captain of the Morningstar.

An upstanding pirate who keeps everything in rigorous check. He is one of the earliest pirates to venture into the Sea of Thieves as evidenced by his attendance of the Golden Sands Parlay.

He was swayed by Ramsey's proposal of an alliance and some order in the Sea of Thieves, and presumably joined with him shortly after the Golden Sands Parlay.

A few years later, he was drawn into the efforts to defeat Captain Flameheart when he was prompted into searching for an Ancient Weapon by the Pirate Lord.

Later in life he had a run-in with Lord Graymarrow whilst the two ships searched for a way to the Shores of Gold. This led to Eli Slate and two other members of the Morningstar to being bound to chests by Lord Graymarrow. The fourth member of the crew, Jill, managed to escape.

After being freed from the chests and allowed to pass on to the Ferry of the Damned, Eli Slate wound up spending his time in the Tavern of the Damned until he was recruited to help with the efforts against Davy Jones.