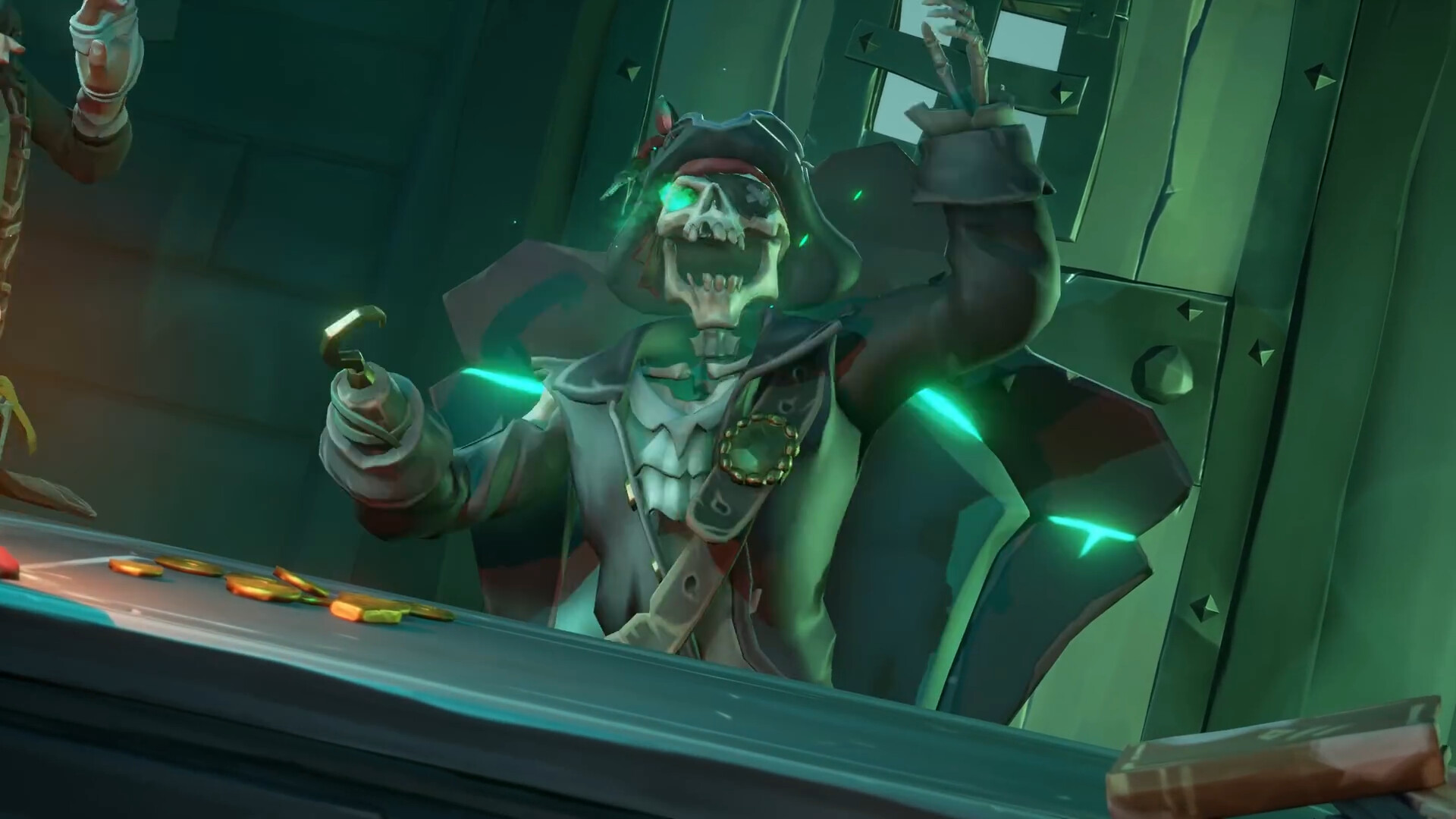 The Captain of the Golden Hare, a ship that took an unexpected journey into the Sea of the Damned.

Even before the sudden excursion, the Captain was under the influence of a skelefying curse, as he was drawn to a particular gem in their hoard of treasure.

He became leader of the town in the Sea of the Damned that became known as Sailor's Grave. Other ships and crews would wind up there and could pass on as the Ferry of the Damned would occasionally dock there. He put a stop to this however when he took out the Lighthouse and its Keeper.

His crew turned against him and locked him in a cage whilst they squabbled about what to do with all the treasure.

After helping him in Sailor's Grave and freeing him, he is next seen above the entrance to the Tavern of the Damned, saying he has been on many adventures since he was last encountered.

Is there possibly more to him than we realise...?