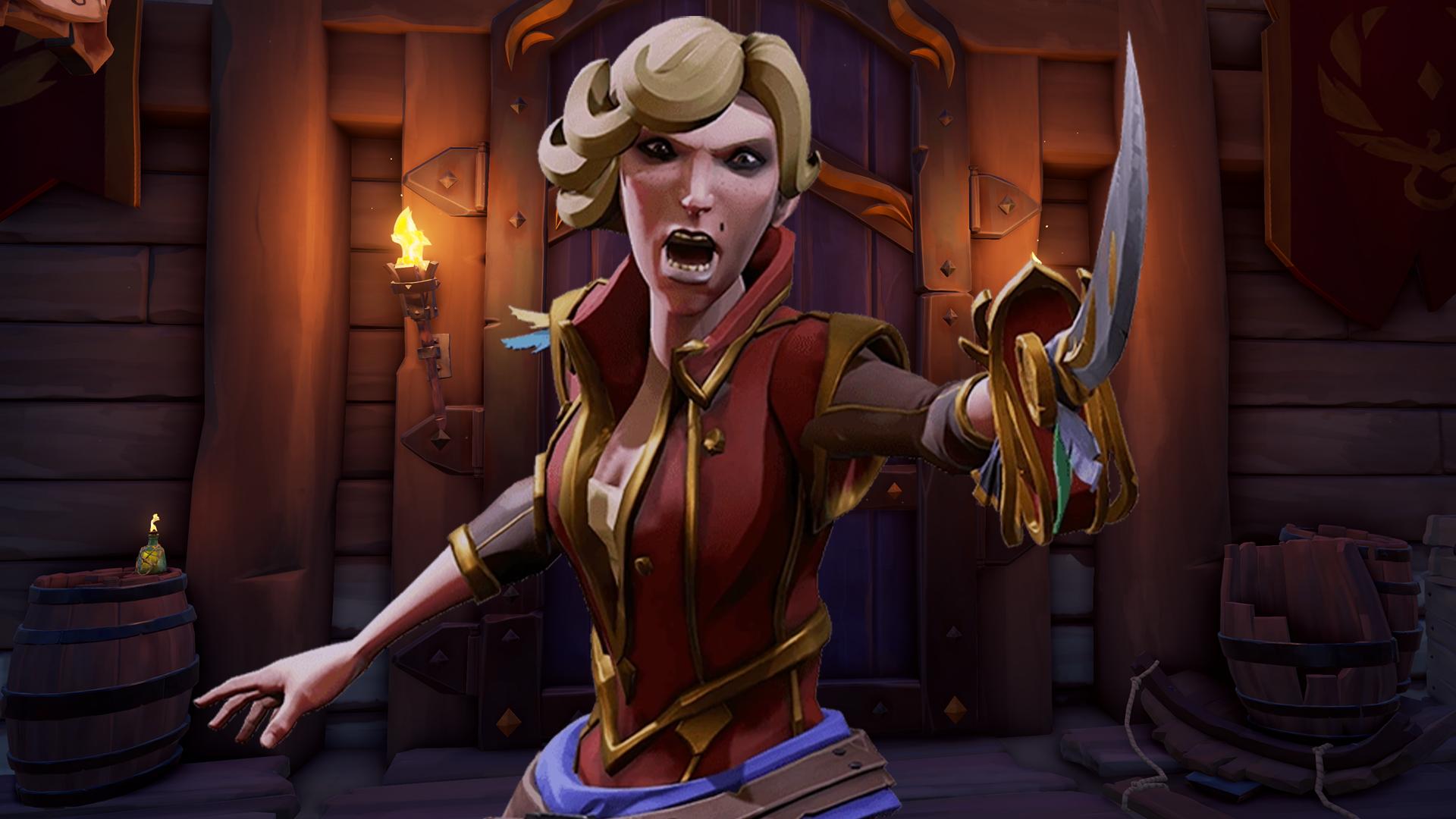 Amaranta is a woman obsessed with being number one. She used to stand outside the Glorious Sea Dogs Tavern, acting as a representative. How or why she joined the Sea Dogs is unknown, but she didn't seem to have any fondness for DeMarco or Lesedi.

She seems to have either a preference for women or for money, as she once took part in a competition in a bid to win the hand of the affluent Lady Juliana.

When the Sea Dogs Trading Company was shuttered, Amaranta left the Glorious Sea Dog Tavern to pursue other things.

After being accused of being DeMarco's killer, Amaranta found herself with nowhere to hide, eventually turning to the Dark Brethren for assistance. She aimed to join their ranks by doing their dirty work in the Sea of Thieves for them, namely delivering Merrick's soul to the Sea of the Damned, and creating the powerful Staff.