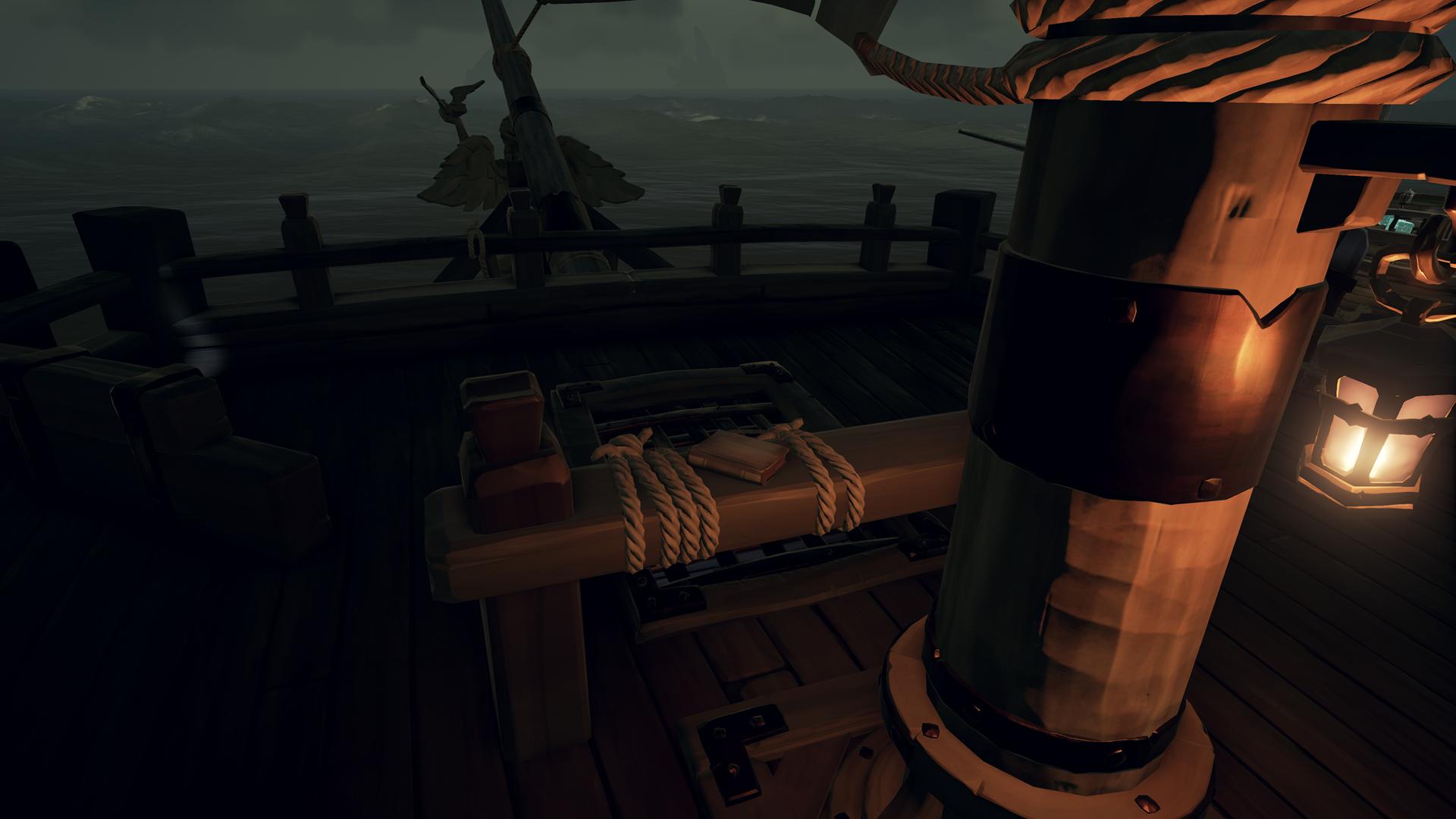 A Theft, by Captain Jack Sparrow.

Pirates! You can't trust them. Jones's fortress was barely in view before my crew got savvy to our destination and promptly abandoned ship. The only ones left were Gibbs, who's followed me to the ends of the earth already, Anamaria, who'd never back down from a fight, and Scrum, who... was there. I deployed an upturned rowboat – an old favourite of mine – to sneak across the sea bed, keeping careful watch for any suspicious shellfish in Jones' employ. Ragetti had previously recovered Calypso's locket in an uncharacteristic moment of usefulness, and its tune carried me into the heart of the Dutchman. There, on a shelf in Jones's cabin, I first laid eyes on what was to become my Treasure. The greatest fortune a pirate could hope for. A key to countless seas.