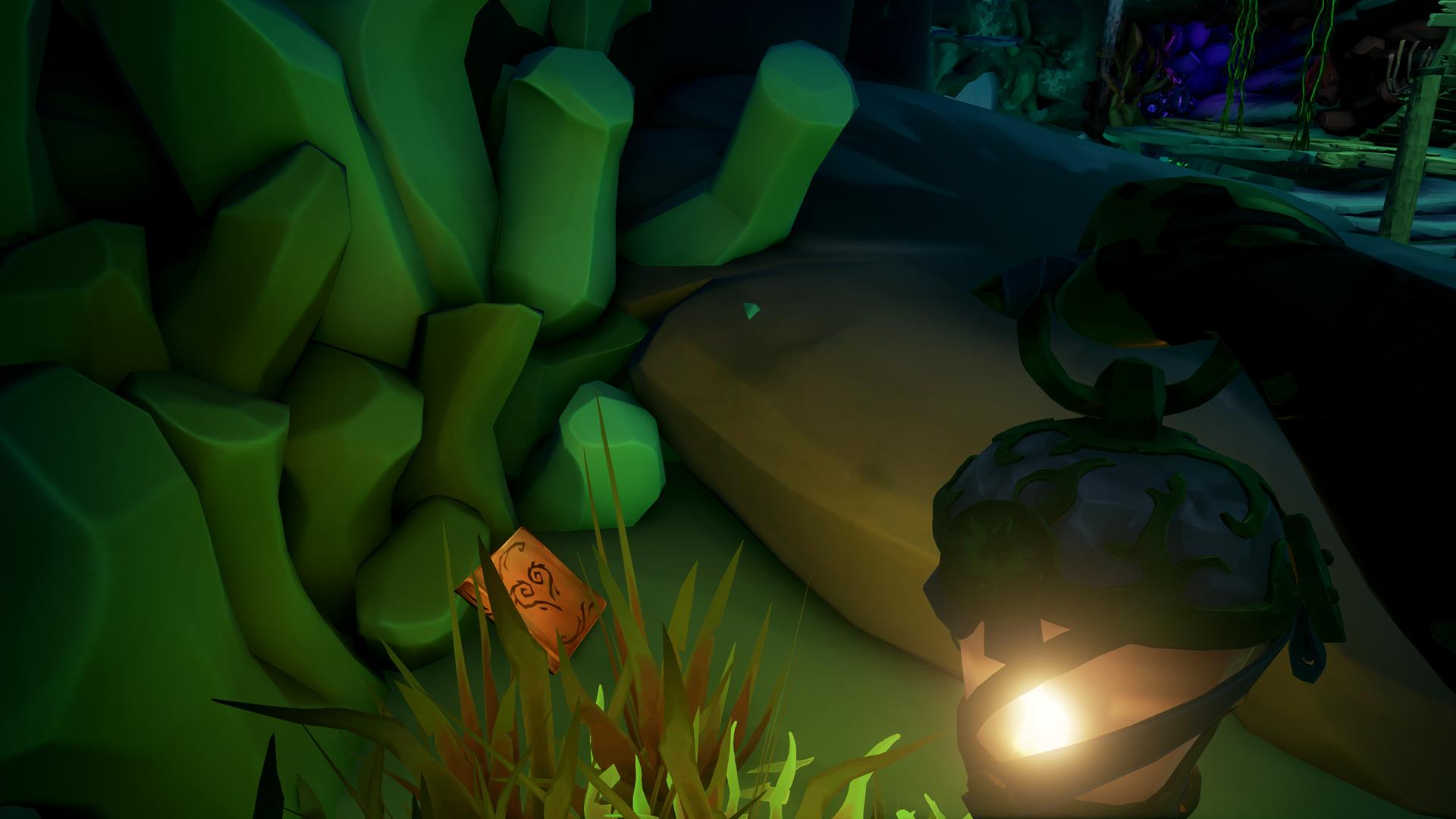 Sunken Journal from Yenay, a Mystery of the Shrine of Ocean's Fortune.

I don't understand it, my love. Why would the Sea King return to his people?! He must have known they hated and feared him? Why would he risk his life to seek peace? Perhaps, like me, he believed his love was stronger than any curse, even hatred. I wish I could tell you he was right, but what they did to him was terrible. They lured him, under a banner of peace, to a sacred place and they chained him there; but he was too strong for them. He broke free and they murdered him. Using binding magic, they bound his soul into a specially crafted chest, his bones scattered carelessly around it. This chest would be his eternal resting place. Forever weeping for the evils done to him and for the loss of his beloved queen.