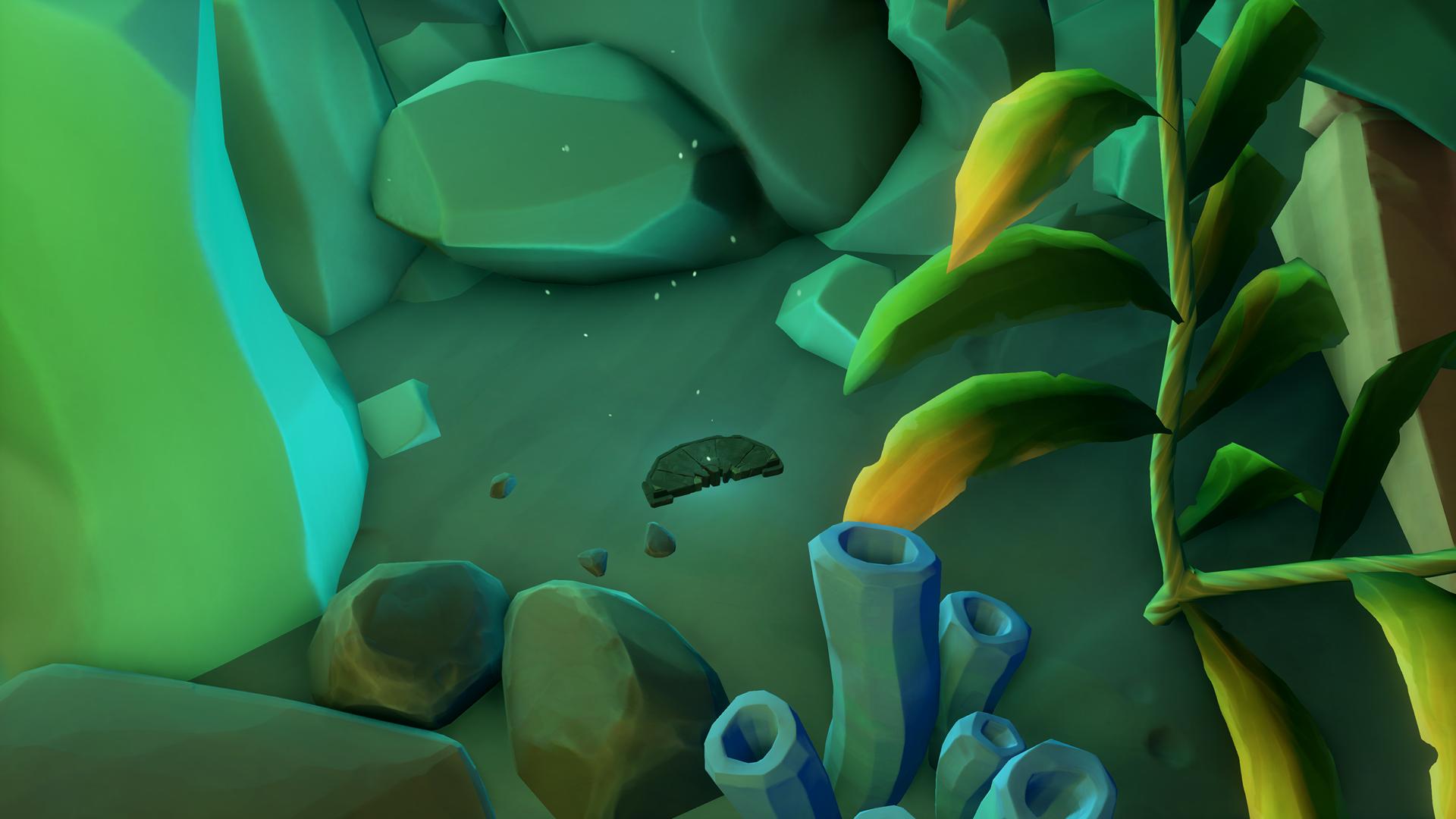 Men and women came from far and wide to train the young Warrior in the ways of the blade, but none could spar with him for long before they were bested. In desperation, the king sought out Patient Turtle, who was asleep on the sea bed, and asked for counsel. Who could be a worthy opponent for the Great Warrior? Patient Turtle sent for the Warrior, told him that he must face one whose skill and ferocity matched his own, and bade him look to the water... The Warrior saw his own reflection, and raised his blade at once. He fought the water for ten days and nights, then returned to Patient Turtle, claiming victory. Sure enough, the Warrior's face no longer stared back at him from the sea. His reflection had fled! Patient Turtle declared the Warrior's training complete, and went back to sleep.