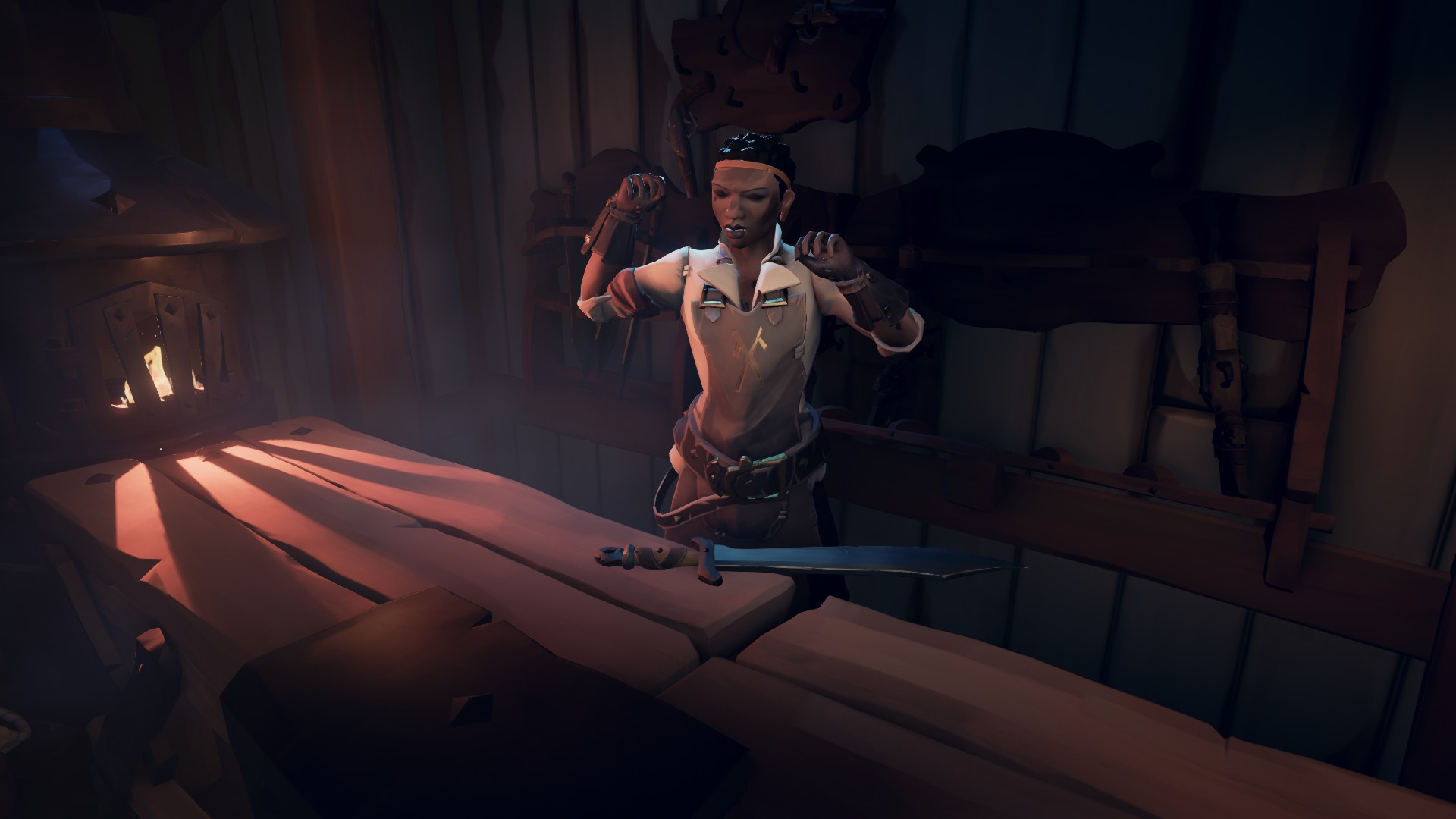 Sister to Wanda, who took her place as the Weaponsmith of Golden Sands Outpost after the former became afflicted with the Skeleton Curse and declared war on the Outposts as Captain Warsmith.

Much more relaxed and laidback than her sister, she too learnt the family trade of being a weaponsmith. It's her belief that a pirate's skill is more important than the weapon itself.

She, alongside the rest of the denizens of Golden Sands Outpost, was captured and imprisoned when the Outpost was attacked.