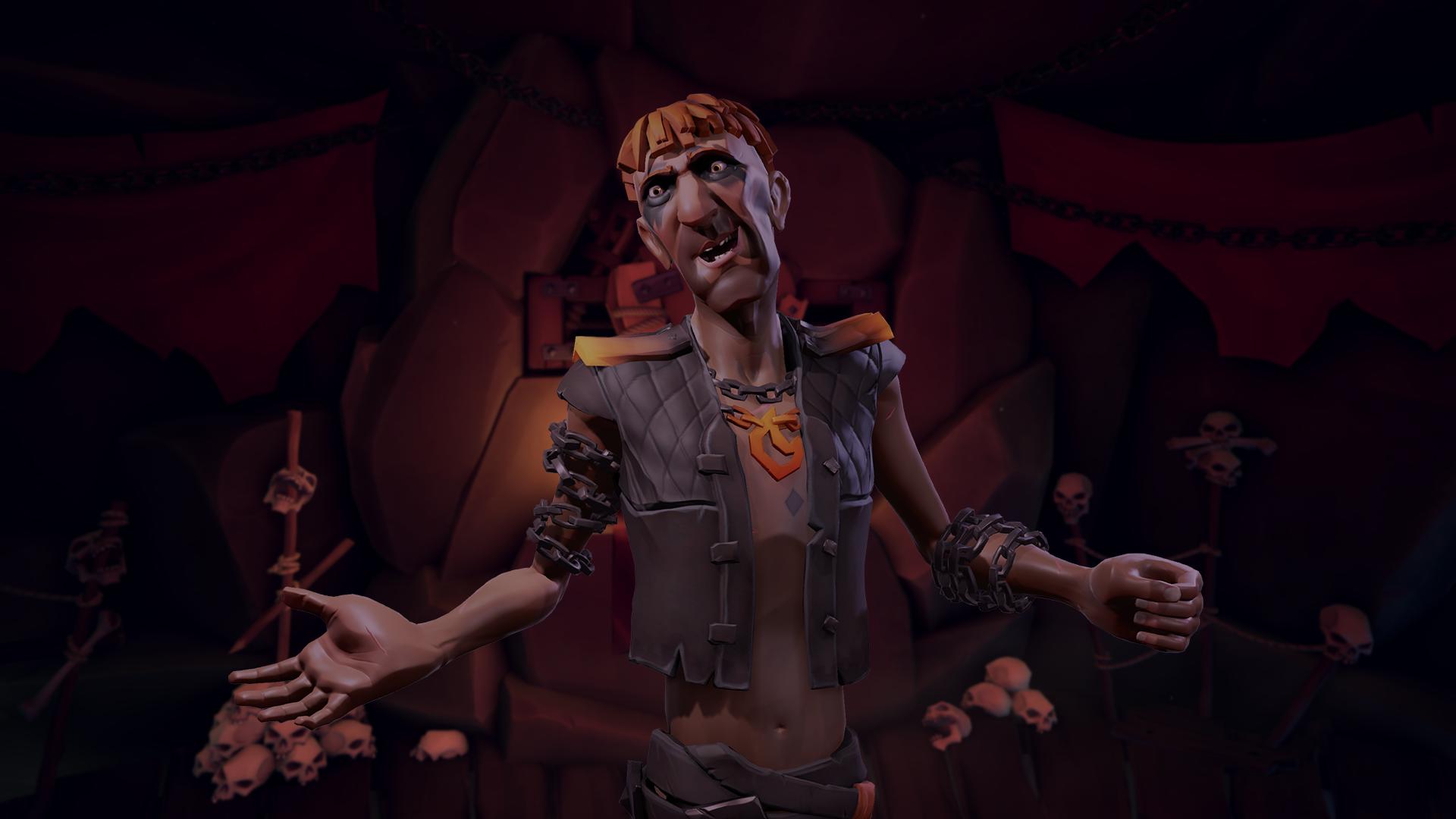 A lanky man of dubious intent, affiliated with many infamous figures in the history of the Sea of Thieves. Always seems to find himself in trouble.

He was given the location to a stash of maps to the Sea of Thieves by Rathbone and this seemed to have started an uneasy alliance between the two men. It is presumed that it was his doing that saw Ramsey's camp at Thieves Haven ransacked, at the behest of Rathbone.

He turned up to the parlay of Golden Sands Outpost but remained mostly in the shadows. He is credited with having a hand in forming the Gold Hoarders Trading Company, and working closely with their leader.

His activity is unknown for quite some time, until he joined forces with Captain Grace Morrow and her crew to form the Forsaken Shores Alliance.

Together they travelled to areas past the Shroud thanks to the enchanted figurehead of Morrow's ship, The Shroudbreaker. Eventually they came to what would become known as the Devil's Roar and it is here that Jim's treachery reared its ugly face again.

Jim managed to find a mysterious chest, which he dubbed the 'Box of Wondrous Secrets', and learnt of something dark when he peeked inside, causing him to pick off the members of the Forsaken Shores Alliance. He was successful in causing an untimely end for them all, save for Grace Morrow herself, who survived the poisoning attempt.

When the Shroud parted and the Devil's Roar was made accessible to all, Jim was spotted on Liar's Backbone asking any passing pirates to look for the Box of Wondrous Secrets. After awhile, he vanished once more.

His re-appearance was with the Masked Stranger in tow, whom he declared unending love for. It turns out that she rescued him (possibly by accident) from the Devil's Roar. He helped the Masked Stranger to setup several things, including the Fort of the Damned, freeing Sir Arthur Pendragon from his painting, and ultimately the Reaper's Hideout.

Claiming to have turned over a new leaf, he briefly took over Bilge Rat duties from Duke.

His last seen appearance was in the Heart of Fire, where he had trapped the souls of Pendragon's crew into a Chest of Rage as part of a ritual to bring back the Ashen Lords. He stuck his arm in the opened Chest of Rage and was subsequently burned, Flameheart claiming he was an unwitting sacrifice.

Some reports claim the ritual was not successful and Jim remains in hiding.