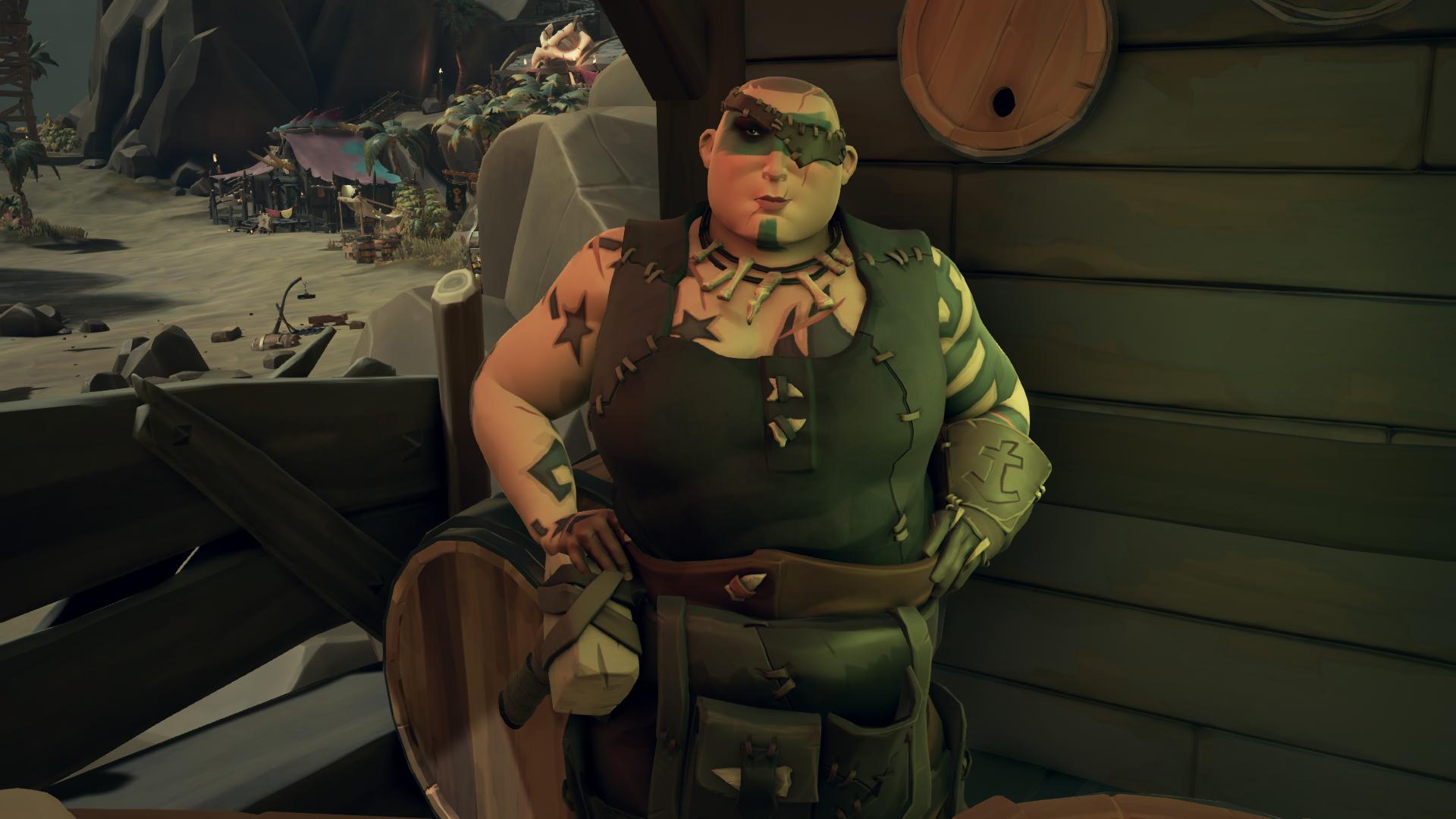 The Shipwright stationed at Dagger Tooth Outpost, talks about building a ship powerful enough to take on a Kraken.

In reality, she is Jill, once a member aboard the Morningstar, a ship she has a long history with.

Originally apprenticed as a shipwright under Suki on Sanctuary Outpost, she aspired to be a pirate. A particular captain caught her eye and she sought to join his crew. That captain was Eli Slate of the Morningstar. After several attempts to contact him she eventually managed to convince him to allow her to join for a simple Merchant Voyage. This however was the beginning of an adventure where she would find herself a member of the crew as they hunted for a mysterious Ancient Weapon that had the power to defeat Captain Flameheart.

After the business with Flameheart was dealt with, she joined them as a permanent member of the crew, a fact that remained until the final voyage of the ship.

The Morningstar found themselves the target of Graymarrow, who doggedly stalked them across the Sea of Thieves. After an encounter that saw the ship sunk, Jill fled for her life, leaving her crewmates behind.

She took up station on Dagger Tooth Outpost and changed her name so as to not be caught by Graymarrow's forces.