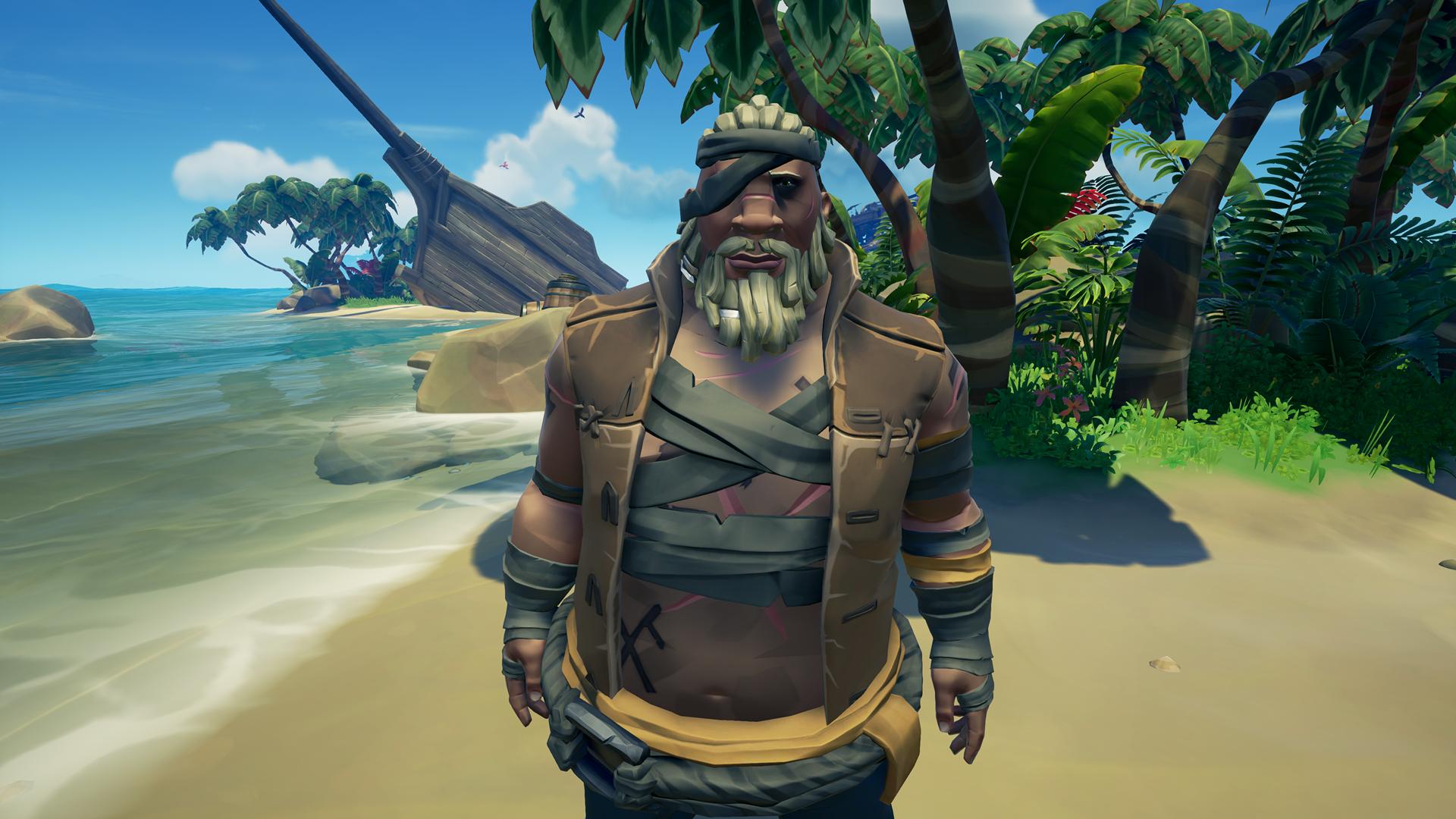 He has seen and experienced much since his first appearance, from setting challenges for fellow pirates to creating his own Black Market to finding the Heart of Fire to then being kicked out of the Bilge Rats. He stayed with Umbra on the Lagoon of Whispers for a brief spell, making friends with her.

His resolve was shaken, after being stripped of his Bilge Rat status and left to drift about the Sea of Thieves uncertain of his place in the world. Not long after arriving at the Lagoon of Whispers he left to embark on a new lead.

For reasons unknown, Duke began to find mysterious rune tablets carved with ancient text. He followed these around the Sea of Thieves, visiting several islands and locations in the process. He was last spotted staring out to the south-west seas, complaining about a headache and hearing a call.

Duke would next reappear as a member of the Dark Brethren, a group of pirates who feel betrayed and outcast by the pirate's way of life. This Duke was different to how he had behaved before, coming across more eloquent and thoughtful. He helped in the scheme to merge the Sea of Thieves with the Sea of the Damned in order to give Davy Jones dominion over death.

Duke vanished alongside Wanda into the Sea of the Damned.

Recently he has been involved in a new plan by the Dark Brethren, to kidnap Merrick for his knowledge.