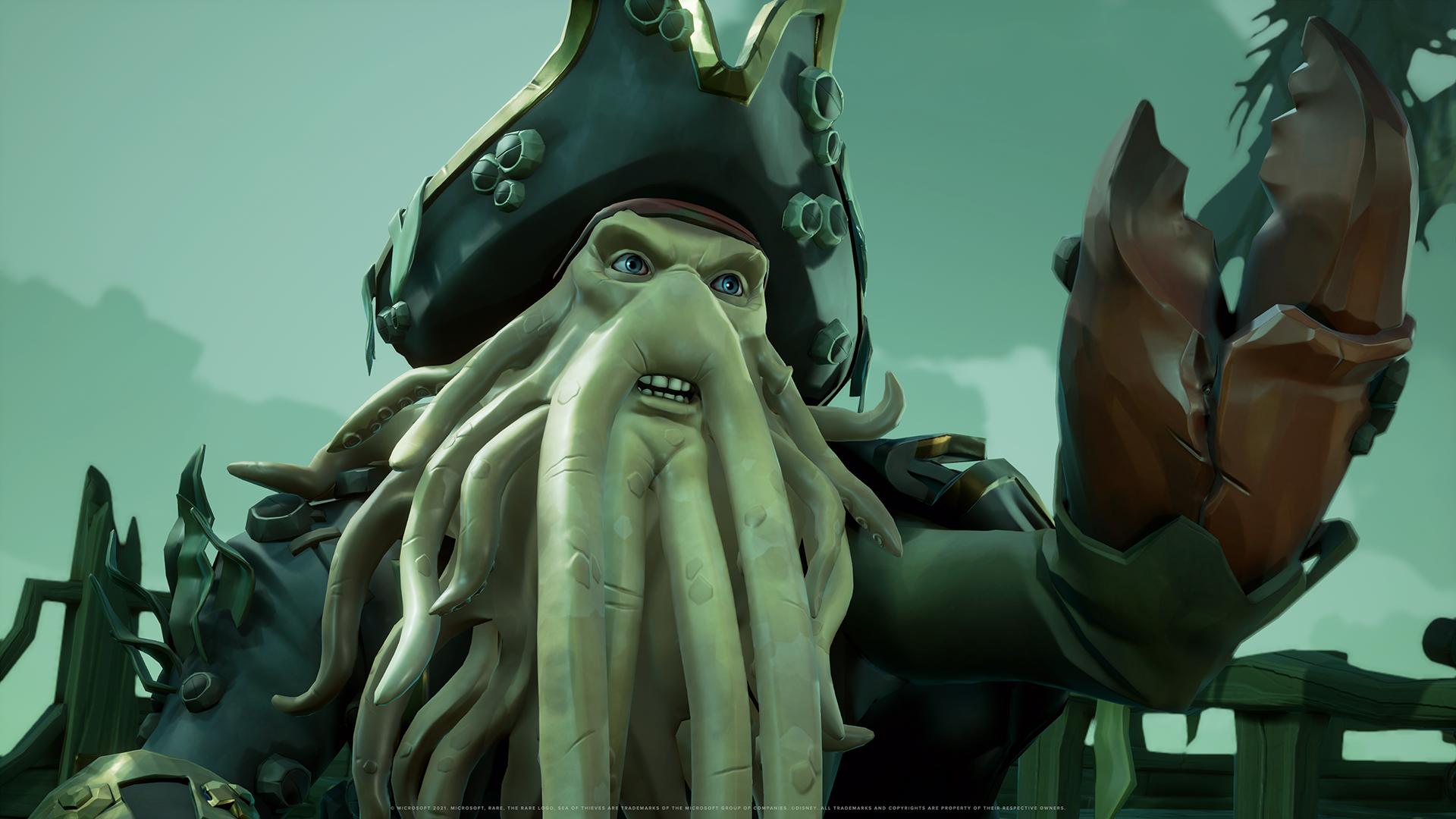 Davy Jones discovered this pirate world of Sea of Thieves whilst in pursuit of Captain Jack Sparrow and the Greatest Pirate Treasure, finding that the pirate's life is somewhat different here.

He has no dominion over those waves and he doesn't control the pirate's life and their ability to return back from the afterlife.

Cunning and ruthless, he seeks the Greatest Pirate Treasure to put into motion events that could forever change the Pirate's Way of Life on the Sea of Thieves.

The cursed captain of the Flying Dutchman, he bargains with pirates who have lost their lives for their eternal servitude.

It is said his greatest love was the sea itself.