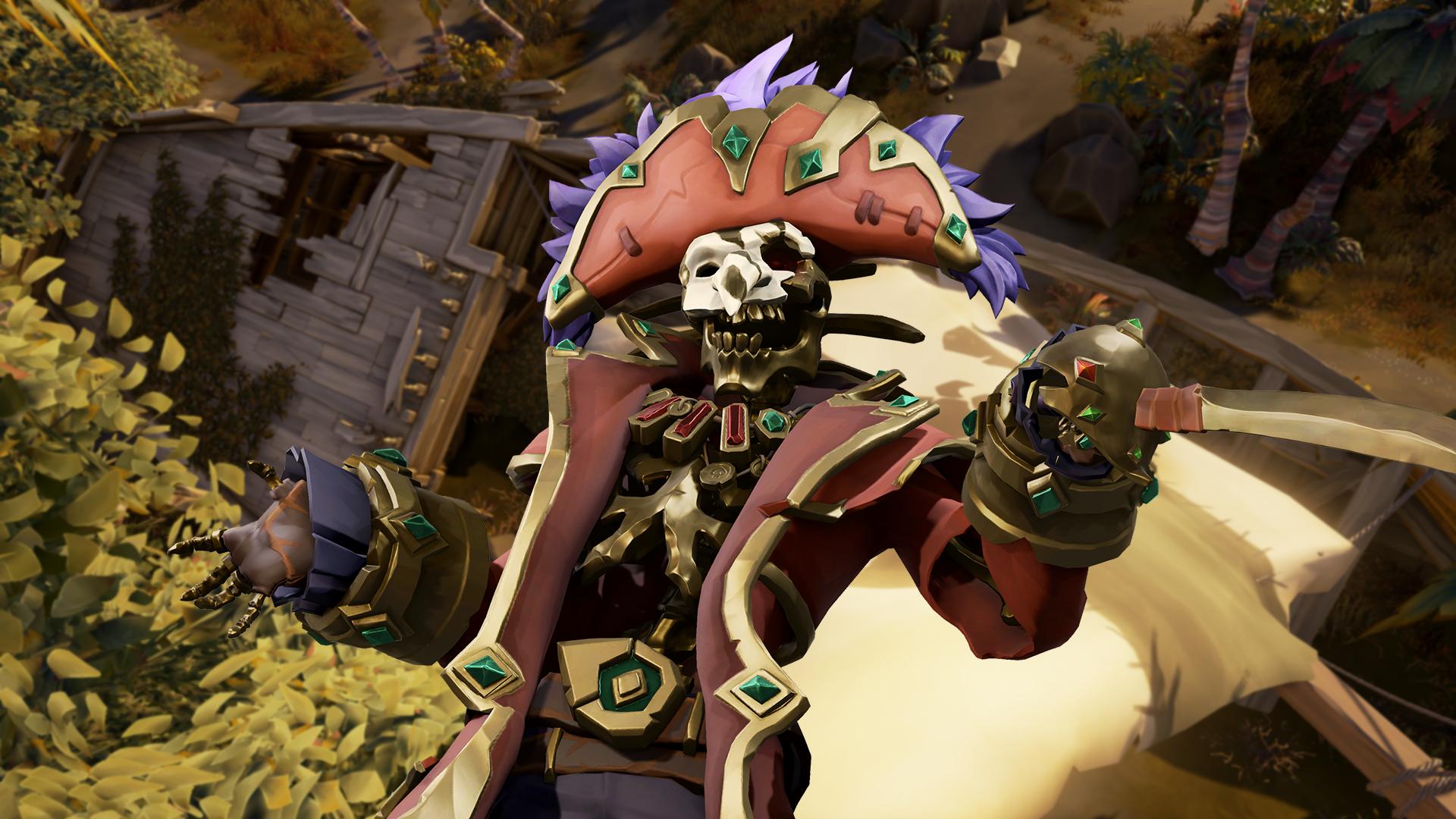 An infamous pirate who hid her face with an elaborate mask. Regarded by many as a wildcard as she would just leave her crew on a whim or steal other unsuspecting pirate's ships.

Her actual name isn't 'Briggsy', rather this is a nickname she acquired for herself due to her ability to break out of brigs with ease.

She made many adventures and tales for herself in her life, but met an unfortunate fate when she became cursed and turned into a Skeleton Lord.